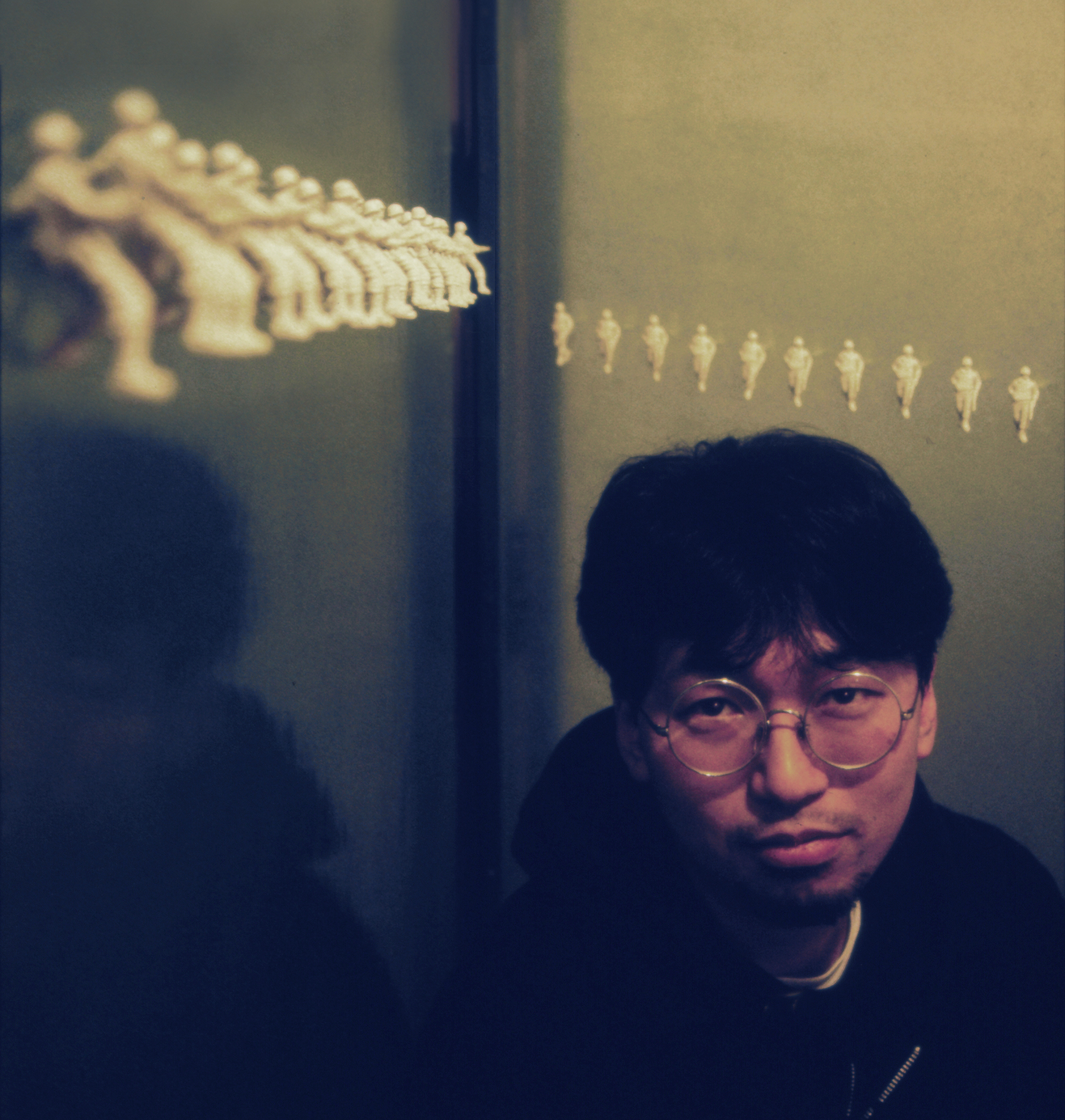 I found this images just yesterday in one of my analog film files. It is Takashi Murakami with his piece entitled “Polyrhythm”, I took it on his thirtieth birthday (Februrary 1st 1992) just hours before the opening of his exhibition at Galerie Mars. During this period, Murakami was much more openly political…and admittedly emulating the type of politically oriented sentiment happening with American contemporary artist at the time.